Jenny Cohen defines successful independence: she put herself through college, couldn’t ask for better friends, owns a consulting firm, wears designer clothes, and just moved into her dream home . . . But she’s alone, except for her ailing mother whom she supports in a nursing home. As the marketing consultant for Chester, Dorsey & Tanner, she’s surrounded by male attention. Too bad it’s the overly-protective big-brother type.

Architect, Craig Stone, hasn’t looked at another woman since his wife passed away four years ago. His time is taken—building a career while trying to be both mother and father to his eight-year-old son. But when his appointment with the largest development firm in Nashville is double-booked with a black-haired beauty, he finds himself reaching for new possibilities.

The attraction sets off more fireworks than the Fourth of July. Yet, their relationship is riddled with issues neither one of them expected. Somewhere in the middle they must find a way to compromise or let go of a chance for love they may never find again. 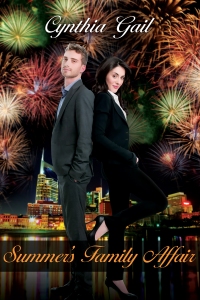 All thought froze, as a beautiful voice cut through the near-silence of the room. Craig stared at the portfolio for just a second more before turning his attention to the front desk. He couldn’t see far enough around the corner to get a good view. What he did see . . . a pair of black strappy stilettos.

“Better you than me. He’s in an awful mood. Jeffry was out for just three days and his temp messed up the entire week’s schedule.”

Craig quietly moved down the row of chairs. Though his line of sight was much improved, he still couldn’t see the face behind the voice.

“You know it’s only going to get worse. It’s just Monday. How bad is it, really?”

She must be leaning over the desk, because her voice was now a faint whisper and the scene that greeted him was a firm derriere and a pair of runner’s legs that made his heart skip a beat.

“I’m not sure. I do know that you’re double-booked with the gentleman sitting across the room. Don’t look now.” Someone cleared their throat. “He’s a new architect Nick’s consulting with on the expansion designs. Too expensive to reschedule. Sorry.”

“Brandon’s supposed to be part of their meeting and the temp had it on his calendar for noon tomorrow, instead of nine today.”

“I guess I can take second place. Only because it puts Brandon at my mercy. Tell Jeffry to come to the lobby and we’ll work it out. I’m always flexible, especially when it gives me an edge.”

The women laughed, a beautiful melody that rang through his entire being. Craig watched as she straightened and he could now see long, wavy black hair, falling against a ruby-red silk blouse. She reminded him of a Victoria Secrets model—long and lean, with a hint of curve.

Craig shifted his attention back to the contract in his hand and purposefully read the title five more times. Slowly. He listened as her shoes clicked across the hardwood floor, waiting until the sound stopped before turning in her direction. She’d taken the chair he’d previously occupied and was sliding her phone into a black designer clutch.

Then she greeted him with a smile that still held a spark of amusement. He took a deep breath and swallowed. She had a hint of summer tan that made her skin glow, a touch of sheer gloss on her lips, and chocolate-brown eyes that instantly warmed him to the core.

His throat went suddenly dry and his mind raced for something to say. He stared silently, feeling like a teenage boy who’d never spoken to a girl before. Somehow, he found his footing and stood, then walked over to the chair next to hers. “Craig Stone.” 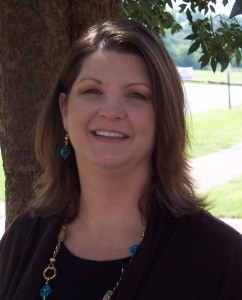 My husband and I live in the suburbs of Nashville, Tennessee with our three dogs. When I’m not working or writing, I can be found with family and friends. I love to bake in the winter, grill in the summer, and on occasion, I sneak away from everyone and curl up with a good book.

Other Books in the series:

Enter to win a $15 Amazon/BN GC - a Rafflecopter giveaway

Cynthia encourages her readers to follow the tour and comment; the more they comment, the better their chances of winning. The tour dates can be found here: http://goddessfishpromotions.blogspot.com/2015/04/vbt-summers-family-affair-by-cynthia.html