Holly Tremaine is living on borrowed time. A life-threatening illness ends her promising musical career and sends her home in the hope of making amends for the past.

Levi Anderson is on the fast track to a successful year within his profession- the last thing he has time for is his twin brother’s shenanigans. But when it includes the one woman Levi hasn’t been able to forget, his conscience won’t let him avoid the temptation to see her again.

Can remorse heal all wounds? Or will past betrayals continue to ruin family ties, one thread at a time?

Left on her own, Holly roamed from room to room in the stylish townhome. Everything from the hardwood flooring to the wainscoting and artistic lighting was impeccably melded to showroom quality—not a coaster or pillow out of place. She tipped a moody-looking print by famed British Columbian artist and author, Emily Carr, just to see how long it took for their parents to notice. Who was she kidding? Her mom would see it the moment she walked through the door.

The perfect precision of the home was an echo of the stiffness between her parents. They’d never been exuberant with their affections, but this was different. Cold. Clinical.

Holly felt as though she was wandering through an alternate universe. One filled by betrayal and divorce. While she’d been pursuing a career, her family had imploded. And the worst part; no one had thought to call her. Over-sensitive or not, it felt like she’d been disowned, and it hurt.

At the end of the hall, she pressed a hand against the door to her father’s sanctuary—his office. Many evenings she and Susan would sit at his feet and listen enthralled while he regaled them with tales of pirates and princesses, mischievous elves and buried treasure. As with every good fairytale, a dashing hero would arrive just in time to save the day. It was probably then, listening to stories at her father’s knee, that Holly began to dream of her own hero. He’d need to be strong enough to slay dragons. Charming and kind, yet able to make her laugh. Handsome and gentle; a father as perfect as her own. A good kisser; that’s as far as her nine-year-old mind would go at the time. And above all else, someone she could talk to, share ideas with.

Even then, she’d known the value of a true friend.

The rattle of a key in the front door lock jerked her back to the moment. Self-conscious, she dropped her hand from where it had been resting and turned to greet her parents.

Except it wasn’t her mother and father.

Susan hesitated on the threshold, their gazes fusing across the distance. A cold draft knifed its way between them filled with ugly words and betrayals.

Holly was the first to break free. She waded through the debris of the past, a plastic smile on her lips and went to meet her sister. “Great minds think alike. I’d planned on stopping by your house this morning until Mother informed me you have a life.”

Something cynical flashed in Susan’s blue eyes before she stepped in and closed the door, sucking the fresh air out of the entry. “She called and suggested I get over here and straighten out our differences.” She held her hands out in mock supplication. “So here I am, sister. Take your best shot.”

Sometimes, love happens when we least expect it…

NHL defenseman Roy Donaldson lives for the game. When an ex-girlfriend/stalker causes trouble for the team, Roy gets benched.

And the only way he can return to the rotation…? Accept help from sassy, sexy PA Patience Kennedy.

Patience is one step away from a junior partnership as a personal assistant– all she needs to do is restore a sullen, annoying, attractive hockey player’s image.

Shouldn’t be too hard, right?

The Player: Men of WarHawks- Book 2

Processing…
Success! You're on the list.
Whoops! There was an error and we couldn't process your subscription. Please reload the page and try again.

Because the true power is love!

My heroes are tough, alpha males who know what they want. That is until they get gob-smacked by heroines who are strong, contemporary women willing to show them what they really need is love.

I’ve been blessed with a long, happy marriage and enjoy writing romance novels that end with happy-ever-afters.

From the time Jacquie was twelve years old, she knew she wanted to be a writer. That year she wrote a short story called Count Daffodil after spending countless hours searching for ideas. The story garnered Jacquie an A and was read aloud through the school’s loudspeaker system. Needless to say, after that she was hooked.

Jacquie grew up, married her best friend, raised a family and left her writing urges to simmer in the background unattended.

She owned and operated a successful diner in her hometown for a number of wonderful years before deciding to live her dream of becoming an author. 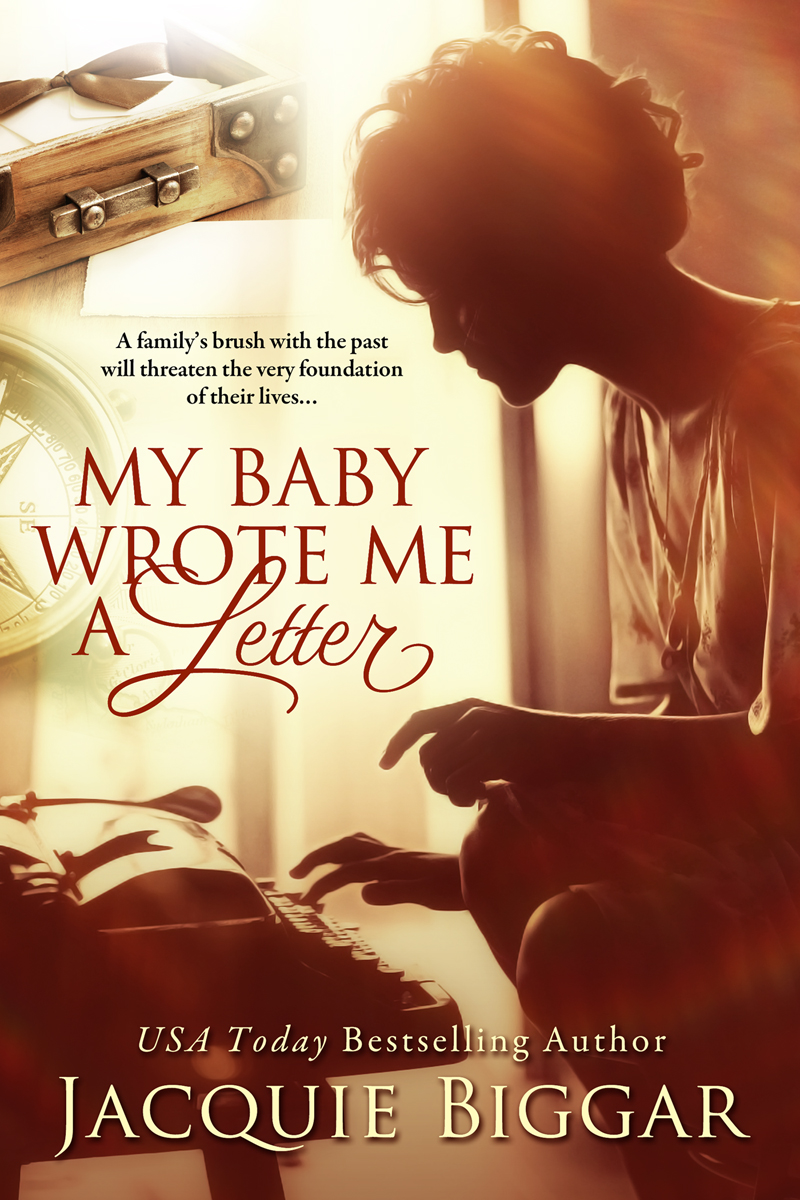 For a limited time, you can get My Baby Wrote Me A Letter for #FREE!

A family’s brush with the past will threaten the fabric of their lives.

Eight months pregnant and her Navy husband away on a mission, Grace Freeman craves the security of her childhood home in Canada.

When a letter written by her long-lost mother is found in an old writing desk it creates a tear in the fabric of her family.

Can Grace find a way to bring peace to those she loves, or will a message from the past destroy their future?

Sign up for my newsletter and My Baby Wrote Me A Letter will arrive in your inbox within 24 hours.

Newsletter subscribers also get bonus content and insider information every month. I love giveaways and there is lots of interesting stuff for me to share with you! You can unsubscribe at any time. This is a spam-free zone.

It’s always hard to build up reviews and yet vitally important when it comes to applying for promotions and building reader confidence.

With this in mind, I’m opening up spots for reading and reviewing my upcoming novels.

Room is limited, so if you have an interest in helping an author out 🙂 shoot me your info and I’ll get you onboard.

JACQUIE BIGGAR  is a USA Today bestselling author of Romantic Suspense who loves to write about tough, alpha males and strong, contemporary women willing to show their men that true power comes from love.

She is the author of the popular Wounded Hearts series and has just started a new series in paranormal suspense, Mended Souls.

She has been blessed with a long, happy marriage and enjoys writing romance novels that end with happily-ever-afters.

Jacquie lives in paradise along the west coast of Canada with her family and loves reading, writing, and flower gardening. She swears she can’t function without coffee, preferably at the beach with her sweetheart. 🙂

Free reads, excerpts, author news, and contests can be found on her web site:

Or email her via her web site. Jacquie lives on Vancouver Island with her husband and loves to hear from readers all over the world!

You can also join her street team on Facebook: Biggar’s Book Buddies

Or her exclusive Review Crew: https://jacqbiggar.com/join-my-review-crew/

I thought I’d share with you the beginning of my love affair with writing.

Normally, procrastination is my enemy. I like to get done whatever it is, as soon as I can, so that I don’t have to worry about it any more.

In school I worked hard to stay in the top ten every year. So when I came down sick with the measles and missed two weeks of grade nine, I was devastated. How was I ever going to catch up? I had less than a week to write a compelling story for Language Arts or get a failing mark.

Angry and frustrated, I sat in our living room, pen and paper in hand, staring at a bright yellow bouquet of cheerful looking daffodils. I wanted to hurl them across the room. It wasn’t fair. Why was I being punished for getting sick?

But then an idea popped into my head. A silly, farcical story. If the teacher wanted an essay, fine, I’d give him one. And so, Count Daffodil, was born. After the first paragraph the words flowed quicker, I could see the scene in my head and needed to get it down on paper. (Sound familiar?) I spent the rest of the day writing, and by the end of the night I had my story. 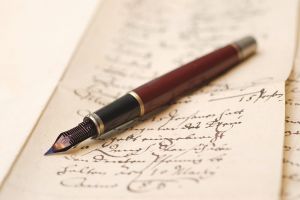 The next day I turned it in and immediately felt ill all over again. It was dumb. The teacher was going to hate it. I’d be a laughing stock. Funny how easy you can build something up to catastrophic proportions when you lack self-confidence.

We had to wait two weeks for the results. I was on tenterhooks the entire time. Sure that my mom would blow a gasket because I’d goofed instead of giving it my best shot.

Then came the big day.

I was scared to look. Finally, I couldn’t take it anymore and turned to the last page. These were my teacher’s words:

I’m glad I didn’t read this at night. It’s been a while since I was so enthralled with a story. Very professionally done. The suspense, the ending, the style was excellent. I think I’ll read it to the other classes. Very impressive.

Not only did he read it to the other grade nines, he read it over the intercom to the entire school!

Because of Mr. Thomas and a hapless bouquet of sunny daffodils, a writer was born.

Follow Jacquie’s website below – if you check out her giveaways page you’ll find tons of great prizes every month!