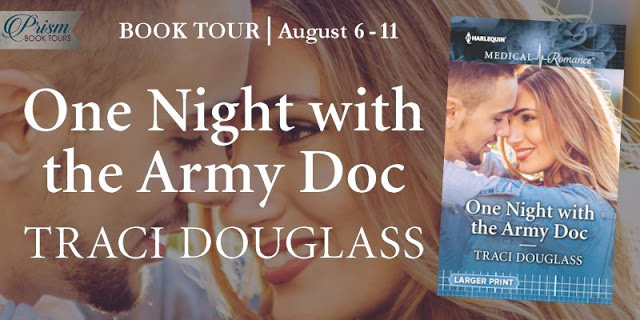 Is one night enough…

To convince her to stay?

Traveling to Alaska to film the latest episode of her TV show is just what brilliant diagnostician Dr. Molly Flynn needs. It’s the perfect escape from her family’s expectations. Until she clashes with privacy-loving former army doc Jacob Ryder over her patient’s care! Only, as friction turns into flirtation, can Molly trust that Jake sees the real her and loves her—just the way she is?

Dr. Jake Ryder replaced the receiver on the dashboard two-way radio, feeling the familiar buzz of adrenaline that always followed a call to arms pumping through his blood.

“Always.” Since taking over the Emergency Medicine Department at Anchorage Mercy Jake didn’t get to spend much time out in the field, so this was a special treat. “I’ll get things ready in the back.”

While Zac steered them toward the accident scene Jake unbuckled his seat belt and moved into the rear of the ambulance. He grabbed some extra rolls of gauze and shoved them in his bag, then double-checked the batteries in his flashlight. His chief of staff’s words from earlier that day were still echoing in his head.

“I know how you feel about the media, but this is Bobby’s best chance at recovery…”

His best friend Bobby had saved his life once. Now Jake would return the favor.

There were no other options.

Even if it meant the possibility of revisiting the dreaded invasion of his personal life that had followed his Distinguished Service Cross commendation. That debacle was one of the reasons why he kept to himself these days. Other than Bobby and Zac, and a few other staff at the hospital, he wasn’t really close to anyone. His ex and those reporters had really done a number on Jake back then, and now he had some reality TV doc ready to barge in and take over Bobby’s case.

Exactly what he didn’t need.

They swerved to a stop as Jake tried to picture this media darling doctor who would be waiting for him when he got back to the hospital. He’d never heard of this wunderkind guar- anteed to be Bobby’s medical savior. All he knew was what his ER staff had mentioned— that this traveling physician was all about the new and experimental, mainly at the expense of old-fashioned caring and compassion. Not good. Not good at all.

Thrilling Tales of Suspense, Fantasy, and Happily Ever Afters…

USA Today Bestselling Author Traci Douglass writes fiction bursting with romance and action, usually mixed with a healthy portion of fantasy, urban edge and/or snark. Her stories feature sizzling heroes with quick wits and dark pasts and smart, independent heroines who always give as good as they get. 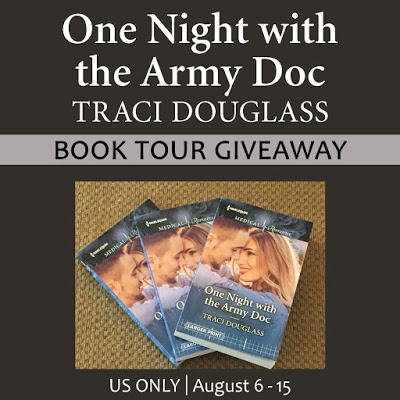