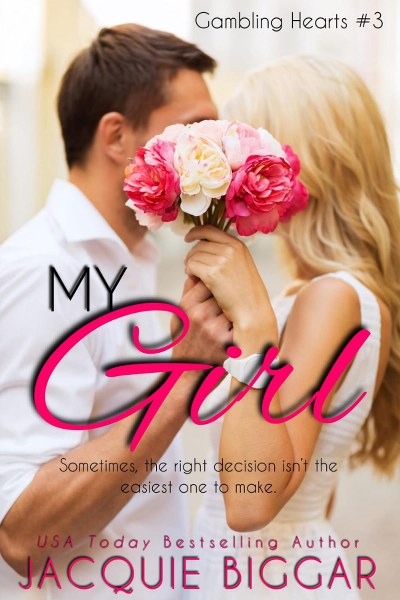 Sometimes, the right decision isn’t the easiest one to make
Trish Sylvester knows her family and when they accept a week long stay at a rustic dude ranch, she is concerned- especially since it’s at her ex’s home.
Aaron is overjoyed at the opening of his family’s guest ranch, until he learns their first guest is his ex-girlfriend, her parents–and a fiancé.
And that isn’t the only surprise.

Trish had planned for her wedding since she was a young girl. She still had the scrapbooks she’d used after carefully cutting out the perfect dress, bouquet, flowers, venue—everything her twelve-year-old mind could dream up. And nowhere in that sacred journal would she find pictures of a back-country wedding.

Funny how perfect it sounded now.

She picked up her hairbrush and ran it needlessly through her hair before tying it back with a velvet ribbon. “I don’t think I’m ready to get married,” she said, fiddling with the oversized diamond on her finger.

“Um, does your fiancé know this?” Sophia asked, moving to Trish’s side. “If you need to talk—”

“No. Thank you though.” Trish met her empathic gaze and cursed her rambling tongue. “Put it down to bridal nerves. I’ll be fine tomorrow.”

Sophia took the brush from Trish’s fingers and grasped her hand. “I realize we aren’t buddies—yet—but my brother fell in love with you at one time and that tells me that you’re someone I need to get to know better.” She smiled at Trish’s start of surprise. “Did you think it was a secret? My brothers don’t keep much from me, I’m too nosey.” She laughed.

Trish squeezed her hand before letting it go. She was beginning to hate this trip and what it was turning her into.

“You’re wrong, Aaron and I were… friends, but that ended a long time ago. It was a casual relationship that ran its course. We weren’t exactly compatible—I mean, he’s country and I’m a city girl through and through. It never would have worked.”

Sophia opened her mouth to say something but was interrupted by a banging on the door that had both women flinching.

“Hey, Trish,” Kyle called out from the other side of the heavy wood panels. “Hurry up, I’m hungry. Let’s hope it’s healthier than the swill they’ve served so far.”

Trish glared a hole in the door before turning to apologize to their hostess. “He’s usually better than this, I’m so sorry.”

Sophia shrugged it off. “Men. You can’t live with them and you can’t bury them in the backyard for the coyotes to find. The law frowns on that sort of thing.”

They looked at each other and grinned before opening the door to an irate fiancé. JACQUIE BIGGAR is a USA Today bestselling author of Romantic Suspense who loves to write about tough, alpha males and strong, contemporary women willing to show their men that true power comes from love. She is the author of the popular Wounded Hearts series and has a new series in paranormal suspense, Mended Souls. She’s been blessed with a long, happy marriage and enjoys writing romance novels that end with happily-ever-afters.
Jacquie lives in paradise along the west coast of Canada with her family and loves reading, writing, and flower gardening. She swears she can’t function without coffee, preferably at the beach with her sweetheart. 🙂 Free reads, excerpts, author news, and contests can be found on her website below!
Jacquie lives on Vancouver Island with her husband and loves to hear from readers all over the world! You can also join her street team on Facebook called Biggar’s Book Buddies.
Website * Facebook Author Page * Facebook Profile * Facebook Street Team * Twitter * Instagram * Bookbub * Amazon * Goodreads * Pinterest * Audible * LinkedIn * Newsletter