IT STARTED IN TEXAS

the accompanying novella LOOKING BACK FROM L.A. 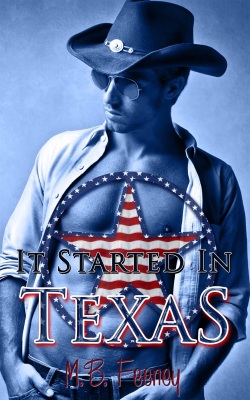 Leaving the familiar comfort of her UK home for a weekend in Texas is one of the craziest things Charlotte Evans has ever done. Celebrating her birthday with friends is the highlight of her year until she bumps into her favorite rock star, literally.

Gage Weston is used to having women fall over themselves at his feet … A rock star, an actor, he’s got his fair share of female attention, but what is it about the Brit that grabs his attention from the moment they meet?

Communication issues and crossed wires plague them as they try to work out what is going on with them across thousands of miles. Crazy friends and distance issues aside; can a relationship work, or is it a simple case of ‘a girl in every town’?

“Sounds awesome. I better let you get back to your friends. Mine will come hunting soon if I don’t hurry back; it’s my turn to buy the drinks.” He held out his hand again. “I’m Gage.” I almost burst out laughing as I shook his hand, trying to ignore the warm feeling spreading up my arm.

“Charlotte, it’s nice to meet you.”

“You too. Sorry I knocked you on your ass, I hope it doesn’t bruise.” Oh my God, he actually fucking winked at me. Dare I?

“Maybe I’ll get you to check it later.” Over his shoulder, I could see some of the girls goggling at me trying to listen to what was being said. “The troops have come to rescue me. I gotta go.” With more than a hint of regret, I withdrew my hand from his once again.

“Yeah, see ya.” He looked over his shoulder at everyone watching us before disappearing into the gents. I took a deep breath and prepared myself for the Spanish Inquisition. Walking towards the girls, a huge grin on my face. As soon as I was within grabbing distance, they did just that and frogmarched me back to our table.

I was in the middle of my non-story when I felt a tap on my shoulder. Turning around, I was assaulted by those eyes once more as they looked directly into my own.

“You dropped your cell phone.” Sure enough, in his hand was my mobile. I internally groaned as I remembered the wallpaper was a picture of him from a recent magazine interview that had been posted online.

“Thanks. I didn’t even miss it.” Our fingers touched with a sizzle, or so I thought. It could have been the booze.

“No worries, Darlin’. How’s the ass?” I saw mouths drop open around me at the blunt and flirtatious question.

“Its fine thanks. I’ll keep my eye on it.” My words made him grin again. I could get used to seeing that smile up close some more.

“Nice job if you can get it.” He flashed us all another wide smile and then sauntered back to his band mates. 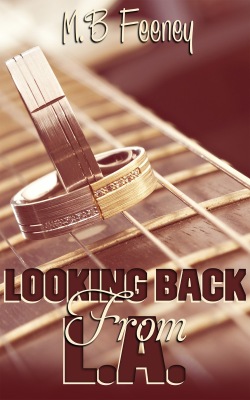 It Started in Texas, but as we all know, “…Gage Charles Weston will not start something without thinking about the consequences.” In this companion novella to the story that started it all, get a peek inside Gage’s head and find out what he was thinking and experiencing while Charlotte was turning his world upside down and vice versa.

Christmas with the Westons was always great fun, but being out of practice of having fifteen people in one house, five of whom are under the age of seven, was hard work. By the time Christmas Day was done with, I was itching to get out of the house, even just for an hour or so. Dad must have sensed it, because the morning after the big day, he came into the kitchen and handed me my old shotgun. Without a word, I followed him out to his truck, a box of shells resting on the dash.

It had been so long since Dad and I had been down to the old pasture to shoot; over the years we’d taken a bunch of stuff over there to use as target practice, but this time we raided the trash and gathered up a load of old beer cans. It took me a while to get used to the recoil against my shoulder, but I was soon numb to it and hitting can after can.

“Thanks for this Dad; it was just what I needed.” I told him once we’d run out of ammo, and sat on the hood of the truck, a flask of strong coffee between us.

“It was written all over your face boy, you’re not yourself this year.” There was no way I was getting down from the trunk unless I told him what was going on, and the thought made me sigh. “Boy, I’m worried about you. You haven’t got one of your… ‘girls’ pregnant have you?”

Neither of my parents approved of how I lived my life when it came to sex, but never came out and said anything straight to me about it, the odd comment like this one were usually passed and ignored.

“No dad, I haven’t; I always make sure I’m protected. Remember that talk we had when I was in sixth grade?” Dad laughed at the memory, making me smile a little. “But, don’t worry. I’ve not even had sex in three weeks.” The fact he was surprised by statement was a little depressing.

“Oh, really.” I watched as he poured us another cup of coffee. “What caused the change of heart?”

“I met a girl.” It was the only way I could even begin to explain.

“That’s great son, your mom will be happy.” I could just imagine my dad stalking into the house and announcing to my mom that I’d met someone, and Mom digging out bridal magazines. I shuddered at the Hallmark movie playing out before me. 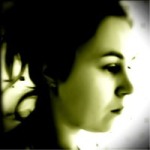 M. B. Feeney is an army brat who finally settled down in Birmingham, UK with her other half, two kids and a dog. Currently at university studying for her BA (Hons) in primary teaching, she procrastinates on her assignments by listening to music of all genres and trying to get ‘just one more paragraph’ written on whichever WIP is open. She is also a serious doodler and chocoholic. Writing has been her one true love ever since she could spell, and publishing is the final culmination of her hard work and ambition.

Her publishing career began with two novellas, and she currently has multiple projects under way whilst Honour, a compilation of her own military based shorts, was released in November 2013 and her short novel, The One That Got Away was released February 2015. Always having something on the go can often lead to block which eventually gets dissolved by good music and an even better book.

Her main reason for writing is to not only give her readers enjoyment, but also to create a story and characters that stay with readers long after the book is finished, and possibly make someone stop and think “what if…”