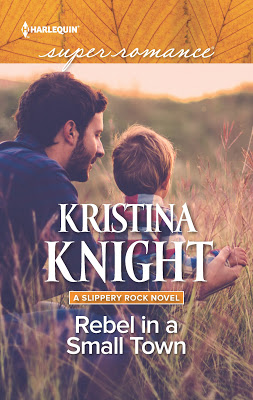 On Tour with Prism Book Tours.

He’s not giving up his family without a fight

James Calhoun has never been able to resist Mara Tyler, or her knack for mischief. Her reputation as a reckless teenager drove Mara from their hometown. So Slippery Rock is the last place James ever expected to see her, and Mara’s timing couldn’t be worse. With the upcoming election for sheriff, she threatens the squeaky-clean image James needs to win. Because Mara has brought with her the result of their steamy affair: his two-year-old son, Zeke. After the initial shock, James is determined to have both his family and career. He just needs to convince Mara that her home is where it’s always been. With him.

James’ Tips for Reforming a Rebel

Loving a rebel is a hard thing, especially when you’re neck-deep in sheriff duties. And, you know, when your family has been the law in your town for longer than you can remember. People have expectations. And thoughts. And expectations.

I really hate the expectations part. Like, who really cares what CarlaAnn at the grocery store thinks? I sure as hell don’t, but it seems like a lot of other people do. People who have no business inserting their thoughts and expectations in my life. That’s life in a small town for you.

The thing is, I love living in my small town. It’s a part of me like nothing else has ever been. There is a sense of community, a sense of togetherness that you just don’t get in other places.

Take Mara Tyler. She’s a rebel, always has been. She walks to the beat of her own drummer, as the saying goes. She has a code, she has her struggles, but she’s just trying to be a good daughter, sister, mother and, if I have any say in it, lover. She’s good at what she does, and what she does is protect people. Being a computer programmer for a security company is a big deal. I might protect the people of Slippery Rock, but because of Mara, people in cities all over the United States are safer.

So, for whatever it’s worth, my advice for reforming a rebel?

Don’t. People need to be who they are, and as long as who they aren’t isn’t hurting anyone else, let the rebel be. Chances are, that rebel is doing more good in the world than you know. 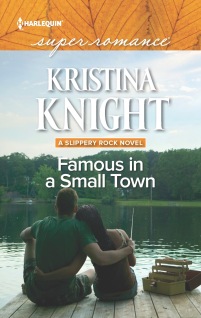 Lifestyles of the small-town famous

Forced to leave Nashville after a scandal, Savannah Walters has come home to Slippery Rock, Missouri, with a bruised ego and her singing career in jeopardy. As if that isn’t humiliating enough, on her way into town she’s rescued by her swoon-worthy childhood crush, Collin Tyler.

His hands are full running the family orchard and dealing with his delinquent teen sister, so Collin doesn’t need to get involved with someone as fiery and unpredictable as Savannah. But the intense attraction between them can’t be denied. And when disaster strikes, they’ll both be surprised by who’s still standing when the dust settles.

This isn’t the man she married…

Jenny Buchanan never considered what “for better or for worse” meant when she married Adam Buchanan at nineteen. Six years and two little boys later, “for worse” arrives in the form of a tornado that ravages Slippery Rock and injures Adam. Now he’s a stranger to his family…and love won’t be enough to bring him back.

Only when Jenny asks him to move out does Adam become the husband she needs…but Adam isn’t the only one who’s changed. As their attraction sparks back to life, Jenny and Adam must learn what it is to grow up—and grow together—before this small-town breakup lasts forever.

Once upon a time, Kristina Knight spent her days running from car crash to fire to meetings with local police–no, she wasn’t a troublemaker, she was a journalist. Her career took her all over the United States, writing about everything from a serial killer’s capture to the National Finals Rodeo. Along the way, she found her very own Knight in Shining Cowboy Boots and an abiding love for romance novels. And just like the characters from her favorite books, she’s living her own happily ever after.

Kristina writes sassy contemporary romance novels; her books have appeared on Kindle Best Seller Lists. She loves hearing from readers, so drop her a line!

Other Harlequin Superromance Books by the Author 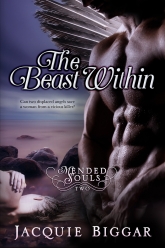 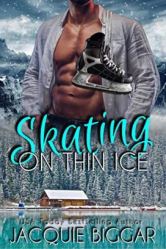 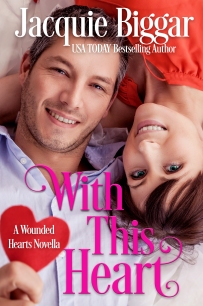 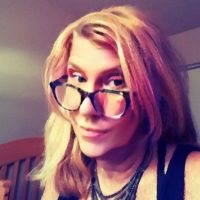 Making My Home A Haven is important to me. Sharing homemaking skills. Recipes and food. Bible Studies. This is a treasure chest of goodies. So take a seat. Have a glass of tea and enjoy. You will learn all about who I am and Our Neck Of The Woods.

Making My Home A Haven is important to me. Sharing homemaking skills. Recipes and food. Bible Studies. This is a treasure chest of goodies. So take a seat. Have a glass of tea and enjoy. You will learn all about who I am and Our Neck Of The Woods.