The family he didn’t know he needed…

At her wit’s end with her twelve-year-old niece, Wren Snow takes the manager’s job at Blue Spruce Lodge so Sky can get to know her father, Trigg Johanssen—a tycoon snowboarder with a playboy reputation.

Gold-medalist Trigg Johanssen is furious she kept Sky a secret, but quits competition to focus on his newly discovered daughter only to have his chemistry with Wren complicate their attempts to co-parent.

When outside forces threaten the ski resort he’s rebuilding, a marriage of convenience seems like the answer. It would give his daughter the life she deserves, but is it too much for a heartbroken woman still nursing past hurts?

SETUP: Wren has just arrived at Blue Spruce Lodge with her niece, Skylar. Sky wanted to meet her father, Trigg—a man who had NO IDEA he was a father until Wren showed up a month ago and revealed her sister had kept his baby.

Wren drew a deep breath of the clean mountain air, closing her eyes and letting the sunshine bathe her face. Construction noises sounded in the distance. Birdsong overlaid it with the pulse of rap music and a sudden, sharp whistle.

She opened her eyes and Oh. She started to flush with self-conscious heat even before she fully registered that Trigg Johansson was coming out of the lane and walking toward her. Her brain said, Hot man alert, then she recognized him and a fresher, more startling rush of sexual awareness went through her.

Déjà vu all over again. Damn it.

When she had arrived here in May, he had been sitting in a small, open-topped ATV kind of vehicle right here where she was standing. He’d been talking to another man who’d given her a friendly nod.

She might have said, “Hi.” She honestly couldn’t remember because her brain had been exploding.

Trigg had given her a wolfish look that she had felt in the pit of her belly. She had recognized him, having stalked him online, but even as she had met his gaze with hysterical disbelief, her girl-parts had scanned the mouth-watering selection and ordered the full buffet.

That’s why she had chickened out on speaking to him directly. She had gone inside, ears ringing with her pounding heart. He’d been gone when she walked outside again.

By then, she had secured a tentative job offer and the knowledge that her life would never be the same.

She had dreaded seeing him after that. Not just because she’d seen firsthand that he was a player. Of course he was a player. He had knocked up her sister when he was seventeen. He probably had a whole flock of Skylars out there.

But who could blame Mandy or any of the women he’d conquered? He was built like a god and moved like a cat, as though he knew how to use each of his muscles exactly as intended. He wore jeans and a T-shirt today and had light stubble the same color as his dark brows. His hair had been in a man-bun the last time she saw him. Today it was shaved into business on the sides, rumpled bedhead on top. His eyes were a sharp, mountain-lake blue, his smile flat and tense. Forced.

That vaguely hostile, hard expression made her heart slip and judder while her limbs felt loose and lubricated.

The way he had smiled at her the first time had been very inviting and approving.

The second time, when they’d all met in a lawyer’s office for twenty minutes, he’d worn a suit and hadn’t smiled at all.

She wasn’t able to find a smile right now. She was standing here like a virgin on her wedding night, throat dry, waiting for him to come to her.

Something nudged her in the crotch, scaring the shit out of her.

“Oh my God!” She jerked back and clipped her hip on the driver’s side mirror. Pain streaked through her hip bone while she scrabbled for balance by grasping at the warm roof of the car.

“Murphy. Sit.” Trigg stopped behind her taillight and snapped his fingers by his thigh.

The dog let his haunches drop, but stayed in front of her, tail swirling like an electric beater, sweeping through bits of gravel on the concrete. His pink tongue lolled out of his black-lipped mouth and he cocked his head at her. His ears and face were black, but he had a white stripe that came down between his eyes. The stripe ended in speckles above his black nose. There were more speckles on his white chest and legs. Border collie and heeler maybe, with Labrador eyes that offered instant and eternal love.

“Quite the welcoming committee.” She smoothed her hand down the short, silky fur on his hard head.

“We usually charge extra for that, but since you’re a VIP…” Trigg shoved his hands into the front pockets of his jeans. She could tell they were curled into fists. The mask of tension across his face bore an eerie resemblance to the one stonewalling in the passenger seat of her car. 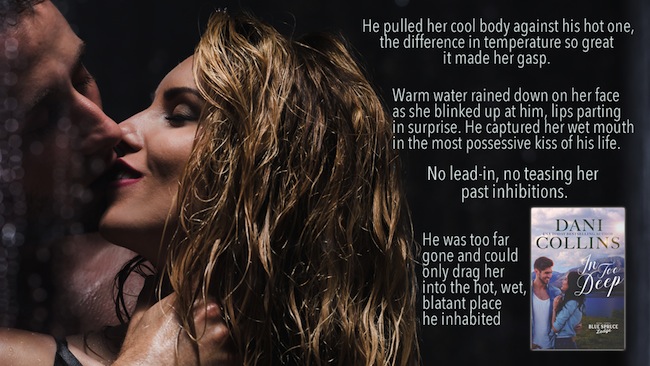 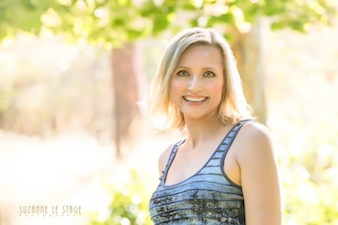 Before making my first sale to Harlequin Mills & Boon in 2012, I spent two decades writing and submitting to every publisher with a transom while holding down a day job and raising a family with my high school sweet heart. Since then, I’ve gone to contract on over thirty books.