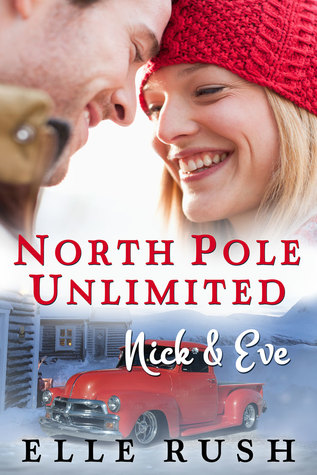 Nick’s plan: dodge his grandmother’s matchmaking attempts by claiming Eve is his date for Christmas. He probably should have asked Eve first.

Although Nick Klassen is grateful when Eve rides to his rescue after he breaks down outside of December, Manitoba, he can’t run fast enough when his meddling grandmother tries to set him up with the pretty tow-truck driver. Then he gets an idea.

Between juggling extra hours at work and a never-ending Christmas to-do list, Eve LeBlanc doesn’t have time for a new man in her life. But ever since she picked Nick up on the side of the road, she’s been running into him everywhere.

His flirtations started innocently enough but when his grandmother invites “his girlfriend” to the family’s Christmas dinner, Nick realizes if he wants to stop pretending about Eve, he must come clean. Once Eve learns of his deception, he’ll need Santa’s help to turn their fake relationship in the real thing.

Eve rolled to a stop in the driveway. “This is impressive.” Strings of unlit Christmas lights framed his grandmother’s two-storey house and circled the spruce tree in the front yard. Plastic candy canes stuck in the snowbanks lined the sidewalk, and a pinecone-studded wreath twice the size of the one on the tow-truck’s grill hung from the screen door.

“You should see the inside. Can you wait till I’m certain her car will start? She hasn’t run it in a couple weeks,” Nick said.

His grandmother must have been watching from the window, because the front door opened before they hit the first step. “Come in, it’s freezing out here,” she said.

The entranceway and the adjacent living room were fully Christmas-bombed, from the reindeer-shaped sofa cushions to the double-decker white candy bowl stand, which had a Frosty face and top hat stuck to the top of the wire frame. Nick held back a snicker as Eve spun in a three-sixty and breathed a quiet, “Whoa.”

“You’re not kidding,” he whispered back.

“I’m Adelaide Klassen. Who might you be?” his gran asked. She was dressed for her appointment. After a lifetime of seeing her in business suits at the office, it was always a shock to Nick’s system to see his grey-haired grandmother in jeans and a plaid, flannel shirt.

“It’s lovely to meet you. Are you a special friend of Nick’s?”

Nick sighed. She was starting, and they’d been in the house for thirty seconds. “No, Gran, she’s not my girlfriend.”

“I just picked him up on the side of the road. I must say he is the cutest stray I’ve come across in a while,” Eve added with a smile. 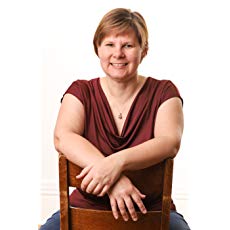 Elle Rush is a contemporary romance author from Winnipeg, Manitoba, Canada. When she’s not travelling, she’s hard at work writing books which are set all over the world. From Hollywood to the house next door, her heroes will make you sigh and her heroines will make you laugh out loud.

Elle has a degree in Spanish and French, barely passed German, and has flunked poetry in every language she’s studied, including English. She also has mild addictions to tea, yarn, Christmas decorations, and HGTV renovations shows.