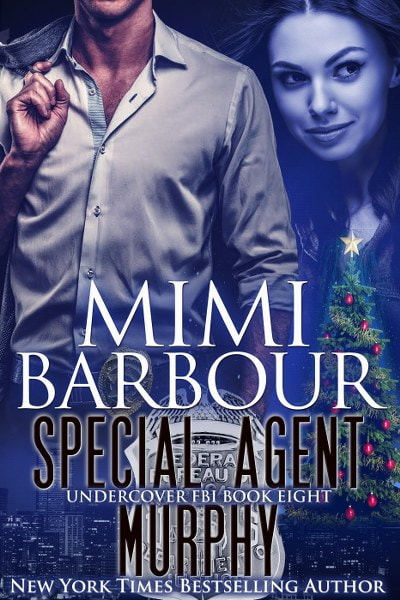 It’s Christmas in Washington, but not for one heartsick family.
Agent Shane Murphy has a hard time believing his life could get so crazy. Because of a choice – one he’d make again – he loses his superiority in the FBI. Now he’s forced to work surveillance with a rookie female yapper. And… gets caught up in the kidnapping of a sixteen-year-old that pulls at the heartstrings he keeps hidden.
Fighting the budding attraction for his new partner, he stresses his way through an escalating nightmare. How can he be so infatuated with a trouble-magnet female who drives like a granny and isn’t able to hide her sensitive reactions when on the job?
Agent Kathleen Edwards does a lot of things her new partner dislikes, but what’s a girl to do when a man ties her in knots and turns her into a chatterbox. Working to uncover the mystery of who kidnapped the Senator’s daughter, and where they’re holding her, continuous conflicts arise.
Struggling alongside an attractive realist whose high morals make him someone to live up to, Kayti’s heart doesn’t stand a chance.
Author’s dedication:
My late husband’s persona is the heart and soul for Special Agent Murphy. While bringing out some of his most endearing and stubborn characteristics, his favorite cuss words and his way of looking at the world, I found myself falling in love with the wonderful man all over again.
Together Forever, my love.
**Get it FREE April 1st – 5th, then only .99 cents!!**
Goodreads * Amazon

Mimi is an incredibly busy NYT and USA Today award-winning, best-selling author who has seven series to her credit. The Vicarage Bench Series – Spirit/Time -Travel tales that have a surprising twist / The Angels with Attitude Series – Angels Love Romance / The Elvis Series – Make an Elvis song a book / Vegas Series – 6 books full of romantic suspense, humor and gritty conflicts / and… the fast-paced, edgy, humorous, romantic suspense, Undercover FBI Series /The Holiday Heatwarmer Series – puppies become cupids. And the latest, explosive Mob Tracker Series – six books full of conflicts and characters you’ll hate to leave.
Mimi lives on the East coast of Vancouver Island with her husband and writes her various romances with tongue in cheek and a mad glint in her eye. She’s been known to say: “If I can steal a booklover’s attention away from their every-day grind, absorb them into a fantasy love story, and make them care about the ending, then I’ve done my job.”
**1st place prize of the 2015 – Chanticleer Reviews – Clue Awards. Special Agent Francesca
**A TOUCH OF PASSION, has just become the 2016 WINNER of The Romance Reviews Readers’ Choice Awards.
Website * Facebook * Twitter * Pinterest * Bookbub * Amazon * Goodreads * Newsletter