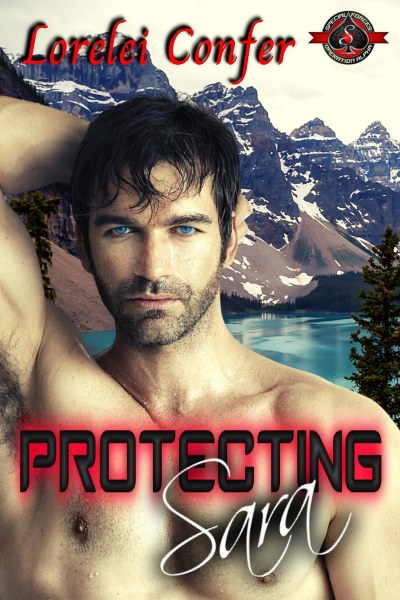 Navy SEAL Jake Emerson, excels as a sniper until a bullet destroys his career. Left with a bionic shoulder and no clear future, he spends his days alone. But he’s forced back into action when the apartment building next to his explodes and he witnesses a female fleeing the scene.
Sara Nelson lives under an alias, in constant fear from threats to her life. But three years of frequent moves have her longing for a forever home, so she settles in North Carolina. After a year of normality, an unexpected threat forces her to trust a handsome stranger.
Jake’s attraction to Sara is immediate, but the sole thing on her mind is staying alive. He wants to protect her but can’t do it alone. Jake calls on his SEAL brothers to help him. But when their circle is penetrated, all hell breaks loose, and Jake must choose her life over his and the lives of his Team.
Goodreads * Amazon

Amazon bestselling author of romantic suspense, Lorelei Confer, has been writing since the fourth grade. She lives on the Gulf Coast of Florida with her husband and AJ, a longhaired Chihuahua, who are both her constant companions.
In 2010, her first novel, Deadly Deception was published, the first in the Deadly series. Another series, Saddle Creek, began with the first release, Rustlers and Romance in 2016. This series is set in the shadows of the Grand Teton mountains in Jackson Hole, Wyoming.
Mentoring children years ago led to helping aspiring authors set goals, and generally, meet their objective to finish the book. She practices her own discipline every day.
After six years as a copy editor and two years as an editor at The Wild Rose Press, she ventured out on her own as an indie author.
Sign up for her newsletter at https://www.loreleiconfer.com/subscribe to receive exclusive excerpts and bonus material, receive alerts when books are released, and take part in great giveaways.
Website * Facebook * Twitter * Instagram * Bookbub * Amazon * Goodreads