Navy men don’t come tougher than Lieutenant Peter Greene. Every day he whips hotshot SEAL wannabes into elite fighters. So why can’t he handle one fifteen-year-old girl? His ex’s death left him a single dad overnight, and very unprepared. Though he can’t relate to an angsty teen, he can at least keep Maddie safe—until the day she disappears. Though Pete’s lacking in fatherly intuition, his instinct for detecting danger is razor sharp. Maddie’s in trouble. Now he needs the Troubleshooters team at his back, along with an unconventional ally.

Romance writer Shayla Whitman never expected to be drawn into a real-world thriller—or to meet a hero who makes her pulse pound. Action on the page is one thing. Actually living it is another story. Shay’s not as bold as her heroines, but she’s a mother. She sees the panic in her new neighbor’s usually fearless blue eyes—and knows there’s no greater terror for a parent than having a child at risk. It’s an ordeal Shay won’t let Pete face alone. She’s no highly trained operative, but she’s smart, resourceful, and knows what makes teenagers tick.

Still, working alongside Pete has its own perils—like letting the heat between them rise out of control. Intimate emotions could mean dangerous, even deadly, consequences for their mission. No matter what, they must be on top of their game, and playing for keeps . . . or else Pete’s daughter may be gone for good.

Advance praise for Some Kind of Hero

“Nobody does it better! Some Kind of Hero is Suzanne Brockmann at the top of her game, with a story full of heartstopping action and genuine, funny, heartfelt emotion.”—New York Times bestselling author Virginia Kantra

“In classic Brockmann style, Some Kind of Hero does not shy away from the controversies of our times. Instead, it faces them head on, delivering a thought-provoking, high-octane love story with a hero and heroine one can’t help but root for. Prepare to be blown away.”—USA Today bestselling author Farrah Rochon

“Delicious sexual tension and a fast-paced plot made me want Some Kind of Hero to last way past the final page.”—USA Today bestselling author Megan Erickson

“Brockmann is a master at romantic suspense. Sexy, smart, and completely original, Some Kind of Herois not to be missed.”—HelenKay Dimon, award-winning author of the Tough Love series

“The writer in me can’t believe that Brockmann keeps getting better with every book. The reader in me loves it!”—M. L. Buchman, author of The Night Stalkers series and Delta Force series

“Fast-paced suspense and a to-die-for hero! This book will be a new favorite for Brockmann fans.”—New York Times bestselling author Elle Kennedy

“A thought-provoking, deeply satisfying romance from a master of the genre.”—Kirkus Reviews(starred review)

Get Your Copy Here 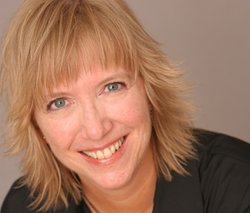 After childhood plans to become the captain of a starship didn’t pan out, Suzanne Brockmann took her fascination with military history, her respect for the men and women who serve, her reverence for diversity, and her love of storytelling, and explored brave new worlds as a New York Times bestselling romance author. Over the past twenty years she has written more than fifty novels, including her award-winning Troubleshooters series about Navy SEAL heroes and the women—and sometimes men—who win their hearts.

In addition to writing books, Suzanne Brockmann has co-produced several feature-length movies: the award-winning romantic comedy The Perfect Wedding, which she co-wrote with her husband, Ed Gaffney, and their son, Jason; and the upcoming thriller Russian Doll. She has also co-written two YA novels with her daughter Melanie.

I was thrilled to receive an early copy of Some Kind of Hero through Netgalley and Ballentine Books.

Anyone who knows me, knows I love, love Suzanne Brockmann and her Troubleshooter series. She brings military life and Navy SEALs particularly to life in a way that not many other authors do. While her heroes are larger-than-life (hello, they’re SEALs!) she also does a great job of showing their vulnerabilities, something we can all relate to.

In Some Kind of Hero we reconnect with Lt. Peter Greene, BUD/S trainer, an elite fighting machine. But this tough guy has met his match; his fifteen-year-old daughter has moved in with him and she’s putting him through his paces!

Grunge wants nothing more than to correct the mistakes he’s made with his girl, but she isn’t interested in making it easy on him. Maddie is hurt, angry, and a little lost. Her mother has suddenly died and left a father she barely knows in charge. She’s forced to move away from her friends and is having trouble settling into her new life.

When she meets a girl who befriends her and a 20-year-old named “Dingo” – a kinda weird, possible hippie/druggie things take a turn for the worse.

Romance writer Shayla Whitman spends hours talking to the voices in her head (not as strange as it sounds :)) so when her hero urges her to help the hot Navy SEAL living across the street, what choice does she have?

This story is a bit of a departure from what we’ve come to expect from the Troubleshooter series, but its cast of characters are just as endearing and memorable as always!

I give Some Kind of Hero 5 lovely kisses