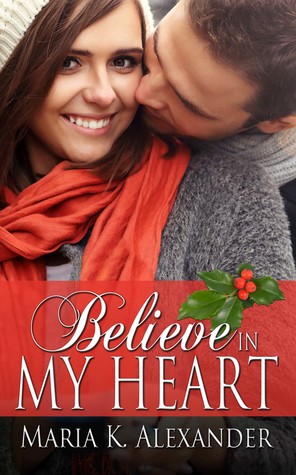 Culinary arts student, Hope Mastriano, is down on her luck. Homeless on Thanksgiving Day, she’s caught trying to break into her cousin’s apartment by her sexy boss and lifelong secret crush.

Since getting dumped seven months ago, head chef Vinnie DiFrancesco has been in a frustrating holding pattern. He returns relaxed from a retreat, but his life is sent into a tailspin when he offers Hope, the event coordinator at his family’s trattoria, temporary housing.

With the trattoria’s traditional Italian Christmas Eve charity dinner slated to be featured on a local TV segment and things heating up in his apartment, the two must set aside their different visions to make the event a success. When a computer glitch threatens their plans, Hope proposes a risky solution. Vinnie must believe in Hope and his heart in order to secure the future of the restaurant and make it a Christmas to remember.

He jogged up the stairs to the fifth floor. Turning into the main hall, Vinnie made his way toward his apartment while digging in his pocket for the key and almost collided with three suitcases and a stack of boxes blocking his path.

Someone was moving out…or in, given the person was fiddling with the lock—with a hanger. He had moved in a couple days before his trip to California and hadn’t met any neighbors, but he did recall seeing a tall blonde woman walking out of this apartment one morning as he came in from his morning jog. This one was a few inches over five feet, and although he couldn’t see much, dark hair peeked out of the white knit cap on her head.

She shrieked and dropped the hanger. “I can’t find my key and locked myself out.”

He knew that voice. “If that’s the case, why don’t you call the super?”

“My phone’s dead, and I don’t have his number.”

Vinnie pulled out his phone. “Then it’s a good thing I have it. I’ll give him a buzz.”

“No!” she cried and turned to face him.

Wide brown eyes framed by long brown lashes stared up at him.

She pushed back the cap and brushed aside the bangs that fell into her eyes. “Vinnie. Funny meeting you here.”

“Same goes. You don’t live here,” Vinnie countered, surprised to be faced with one of the pantry chefs from where he worked.

Hope raised her hands. “I know how this looks, but I can explain.”

“You can explain why you’re trying to break into this apartment?”

“It’s my cousin Faith’s place. And I wasn’t breaking in.”

Vinnie raised an eyebrow and shifted his gaze to the hanger on the ground.

“Okay, so maybe it seems as though I was breaking in, but the key she gave me no longer works.” She reached in her coat pocket and withdrew a key similar to Vinnie’s.

“Did you try calling your cousin?”

“Gee, no, I didn’t think of that,” she sneered. “She’s on a cruise and then staying in Florida a few days for business. I wasn’t kidding about my phone dying and not knowing the super’s number.”

Vinnie felt a pain in his temple. Probably from not having enough to eat or drink on the red-eye from LA. “Fine, let’s get your stuff in my place. You can use my phone.”

Hope grabbed a handle of a suitcase. “Thanks, Vin. You’re nicer than people at work say.”

He paused while unlocking his door. Well, hell. Is that what they say about me? Guess he needed to do damage control with his staff. Even though his parents owned Trattoria DiFrancesco, Vinnie was the head chef and in charge of hiring of anyone who worked in the kitchen.

Including the pretty spitfire who had just swept past him, Hope Mastriano.

He hoisted the stack of boxes and followed her inside. When she headed back out, he perused the hall to see how much more stuff she had.

There were two more suitcases and a pet carrier.

“You run away or something?” Vinnie asked.

“Moved out of Steve’s place. I’m done with that deadbeat.”

“On Thanksgiving Day and with nowhere to go?”

“It’s been long overdue. Besides, I thought I could crash at Faith’s until I figured out my next step.”

“And in there?” He nodded to the carrier.

Hope raised it up a few inches. “This is Lucky, my cat.”

Vinnie was not a fan of cats, with their sharp eyes and sneaky ways. He peeked inside and into the green eyes of a white cat. He closed the front door and stepped around Hope’s stuff, including the cat, which she pulled out of the carrier. Lucky leaned forward and sniffed him before letting out a soft mew.

Between the pixie-haired cutie and the cat, the peace and relaxation he had found out west was a distant memory. By the time he got to the trattoria for Thanksgiving dinner, Vinnie was going to need a beer or glass of wine. 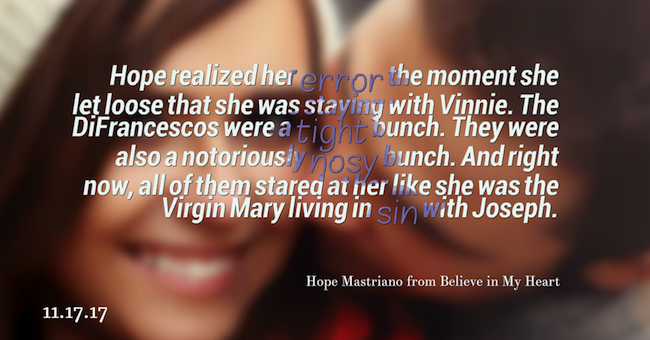 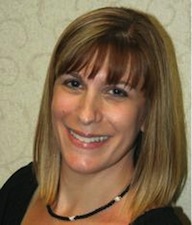 A romantic at heart, Maria K. Alexander spent hours as a young girl getting lost in and wishing to be one of the heroines in the stories she read. Books gave her the ability to go to another world where she loved meeting new characters, learning about their problems, and watching them fall in love.

Maria is an award-winning author of contemporary romance. When not writing, Maria loves to read, bake, downhill ski, visit the beach, and watch romantic comedies. Maria lives in New Jersey with her husband and children, and writes in her “spare” time between juggling a full-time job and her kids’ busy schedules.

Coffee cup, inspirational quote mini calendar, to do list(s)-one for writing and one for family

What do you like to do when you aren’t writing?

Reading, baking, crafts, Jazzercise, relaxing at the shore (beach), watching a movie with my family

What 5 things should readers know about you?

I’m goal-oriented, a perfectionist, think cake is an acceptable breakfast food, played the piano from 3rd to 12th grade, met my husband while waitressing at a country club.

Can you tell us a little about your book?

Believe in My Heart is a holiday novella about taking chances and believing in yourself and others. Vinnie DiFrancesco is a quiet guy who wants to be successful at his job and have his own family. He’s not a risk-taker and doesn’t like change; things he’ll need to get over to accomplish his goals. He’s finally moving past getting dumped by his long-time girlfriend. Fresh back from a retreat, he’s ready to move on with his life as head chef at his family’s trattoria. Finding the pantry chef from work trying to break into the apartment across from his and then offering her temporary housing is the last thing he needs. But through Hope Mastriano’s eyes, Vinnie begins to see he’s capable of more than he ever thought possible. And maybe taking a couple risks here and there isn’t a bad thing. Hope will test the boundaries of Vinnies comfort zone and push him to put both his business and heart on the line in order to make it a season of new beginnings to last a lifetime.

What did you enjoy most about writing this book?

Throughout the series, Vinnie has always been a mystery to me. It took me a while to figure out his story and when I did, it was a joy to help him work through the pain of a break-up. Pairing him up with Hope, a petite spitfire who is willing to tell him like it is and challenge him at every turn is just what he needs. Evolving the character growth and how they need each other to accomplish both personal and professional goals was a pleasure to write.

Is anything in your book based on real life experiences or purely all imagination?

Growing up, my family owned a catering business. I used to work there with my dad, uncle, cousins and other family from the time I was a teenager through college. Some of my happiest memories are from that period of my life. A traditional Italian Christmas Eve fish dinner is something my family celebrates every year. Combining the two into a story was lots of fun and allowed me to embrace two parts of my life into one wonderful gift to my readers.