Do you ever doubt yourself?

As the Brotherhood hurtles inexorably toward the climactic final showdown, Coz and Toni must find the strength within themselves and each other to master the secrets of his powers, or risk death and defeat for all they hold dear.

As for the honeymoon, it’s going to be a mad chase across the globe dodging bullets and bombs to find the culprit who wants them all dead.

Interested in reading more? Click on the book covers below for information about the novel and the author.

This wasn’t just a vacation to seek out the man I’d been intrigued by for the past year. No, I also had a deadline for my next book looming in the background.

She looked across the store, wishing the rainbows were real, and she’d come to Woodstock on an extended vacation. But that wasn’t the case.

“Rafe emerged from Leavenworth as if it were a summer vacation. Because he certainly doesn’t act like a man who’s been imprisoned for years.”

My six-one geek wearing rimless glasses, leaned against the railing, and stared into the sparkling blue waters of the high mountain lake. The feathered fowl paddled by.

Visitors could get a taste of…

Sally is serving brunch! Join Sally Cronin on her fantastic blog, Smorgasbord, you won't regret it!

Brynn and Erik's attraction soars and creates complications as a hunter closes in on his prey.

Madison Bradbury’s life goes from boring college parties to fighting off curses and dark magic with the help of Salem’s most powerful witches and a pair of ghosts.

Twists and turns abound in this story. 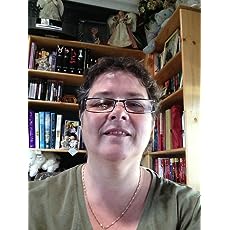 In Gold Valley, Oregon, forbidden desire just might turn into the love of a lifetime…

Impostor’s Lure is full of clever twists that will keep readers guessing right to the stunning conclusion!

Hunter had one job: open the gateway between worlds to keep his realm alive. He hadn’t counted on betrayal.

Step into a world where fairies, dragons, and other magical beings converge in a collection of poetry and short stories inspired by the celebration of Litha, the Summer Solstice.

It Takes Three Simple Steps To Make a Guy Fall in Love with you… Determination. Seduction. Charm. Let the game begin...

An entertaining who-done-it with a surprise ending!

A dark storm is brewing in the small coastal town, and everyone is on edge

A note from Laura Kaye: I’m so excited to share Fighting for What’s His, because this story is such a sweet, sexy, and funny roommates-to-lovers and brother’s best friend story!

What started as an act begins to shift into something more, it might take a village to convince Wade that Arden’s his perfect match.

Tried a new food kit company tonight- #goodfood
Pretty #robin nestled in a cherry tree against an azure #sky #springiscoming #pacificnorthwest
A sign of spring? I’ll take it 😊 #flowers #plants #idontknowwhatthisis #garden #pacificnorthwest
An apocalyptic looking #photo created by the #fog rolling in on the #pacificnorthwest, maybe to do with the #tsunami warning?
“What you looking at?” #cat #catitude
A pair of gorgeous #hawks soaring in a cloudless #bluesky #afterthestorm