Bella Whitmore is the heir to the Whitmore Shipping fortune. Refusing to be pigeon-holed into the socialite box, Bella has worked her entire life to show her father that she can be the son he never had and take over the Whitmore Shipping Empire. So when she wakes up, on a ranch in Montana, missing the memories of the last month of her life, you’d think that would be the worst case scenario. And it is…until she realizes the devil she’d worked so hard to avoid for the last year is now her husband.

Sawyer Cooper knows he’s a devil. Handsome, charismatic, and with an eye for feeding people’s vices, Sawyer’s reinvented himself as a shark in the business world, but very few realize that he’s actually a Cooper of the Country Coop fortune. But rather than resting on the laurels (and red-neck reputation) of Country Coop, Sawyer wants to show the world exactly how important farming can be. To do this, he needs Bella Whitmore’s help. Every bit as beautiful as her name suggests, and smarter than everyone else in the room, Sawyer knows that she could make his dreams come true, both inside and outside of the bedroom. And after a year of pursuing her, she’s finally said yes — to everything.

But after a horseback riding accident, Bella’s brain has reset back to the beginning, and Sawyer was never good at starting a game over. Especially not after he’d already won. Now, Sawyer needs to figure out how to woo her for a second time. Because this time around it’s not just his professional pride on the line: it’s his heart.

She had a lot of nerve to show up looking so goddamned gorgeous and not deign to give him the time of day.

Their game had been going on for the better part of a year now. Function after function, they would circle each other—or more accurately, he would circle, like a wolf closing in on an unsuspecting pronghorn—and when he had all but backed her into a corner, she would finally turn to acknowledge him with a show of polite surprise.

God, their game of cat and mouse turned him on more than he had ever imagined it would. He’d been crossing paths with her since he settled in Boston, and she was one of the reasons he’d stayed so long, even enduring stuffy events like this one. He liked to keep his distance from Montana anyway—and the family business he wanted no part of. The Country Coop chain of farm stores was his family’s legacy; it was an empire, all right, but in a family of three brothers, could you ever really be the undisputed king of it? No, Sawyer wanted to make his own waves in the world, and that meant divorcing himself completely from Country Coop and its redneck reputation.

Sawyer wanted a lot of things, but he had never wanted to bed a woman as thoroughly—and hopefully repeatedly—as he wanted to bed Bella. Problem was, the vixen knew it. How could she be oblivious, when Sawyer himself made it so obvious? He had done everything except outright ask her for a romp between the sheets. He still had some shred of pride, despite Bella’s persistent ability to test it. 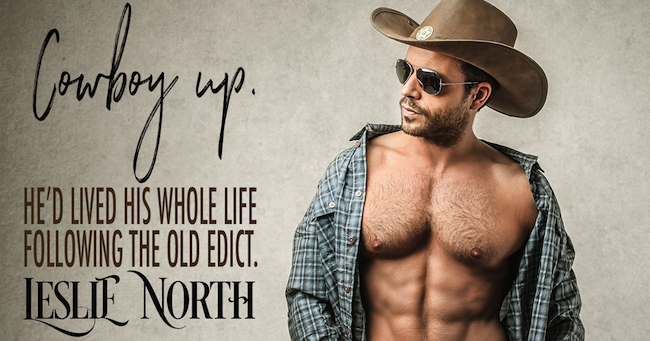 The truth of the matter is she loves her fictional persona, Leslie North, more than her normal, day-to-day persona! Her bestselling books focus on strong characters and particularly women who aren’t afraid to challenge an alpha male. Inspired after years of travel, her stories are set all over the world, from the tough streets of Russia to the beautiful beaches of the middle east.

Leslie fell in love with romance when she first picked up a scrappy, dog-eared romance book from her local library. She began writing soon after and the rest, as they say, was history. She now lives in a cozy cottage on the British coast and enjoys taking long walks with her two Dalmatians, George and Fergie.

She LOVES reader feedback, and if you have any comments, don’t hesitate to contact her via e-mail: leslie@leslienorthbooks.com.